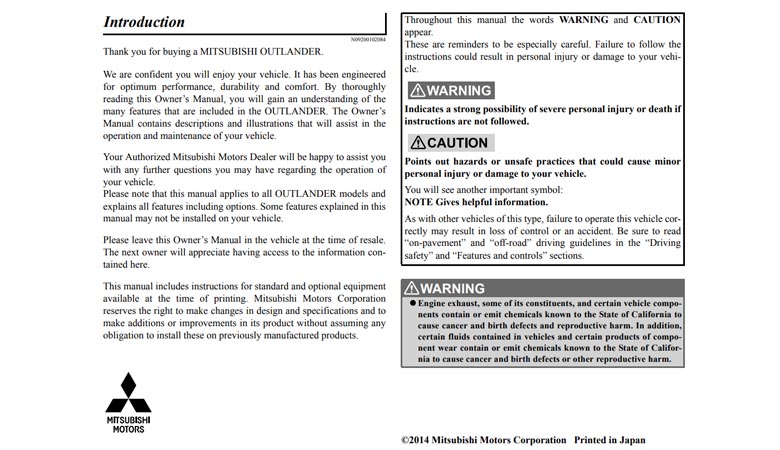 The first Lancer made its debut as a subcompact car in the 1970s, but by the 1990s, when it had been rebadged as a Mirage, it had evolved into a compact vehicle. The car’s production was stopped outside of China in 2017, and it is only now sold there.

The Japanese manufacturer Mitsubishi developed the conservative Mitsubishi Lancer in 1973. This model has a 2.0-liter 4-cylinder engine that struggles with automatic transmissions and only manages 13.6–14.8 km per gallon when using a 5-speed manual transmission system.

On this page, you can download various Mitsubishi Lancer owner’s manuals in PDF format. You can view the manual for any year between 2012 and 2015 by simply clicking the name of the year.